Very recently, I had to pick the lock of my luggage. This was not part of a trip, but rather I had inadvertently used a lock that did not have the right key set with it.

Doh, what do you do in this scenario?

Well, I have a set of lockpicks. The first time I went lockpicking was at this space and meetup in Paris last year. But, I didn’t buy a set until early this year. I subsequently successfully picked locks 3-4 times that one day. Don’t worry, these were not really other people’s locks but rather just ones you buy to test your skills. You end up learning the ropes although I have still yet to successfully tackle these two: 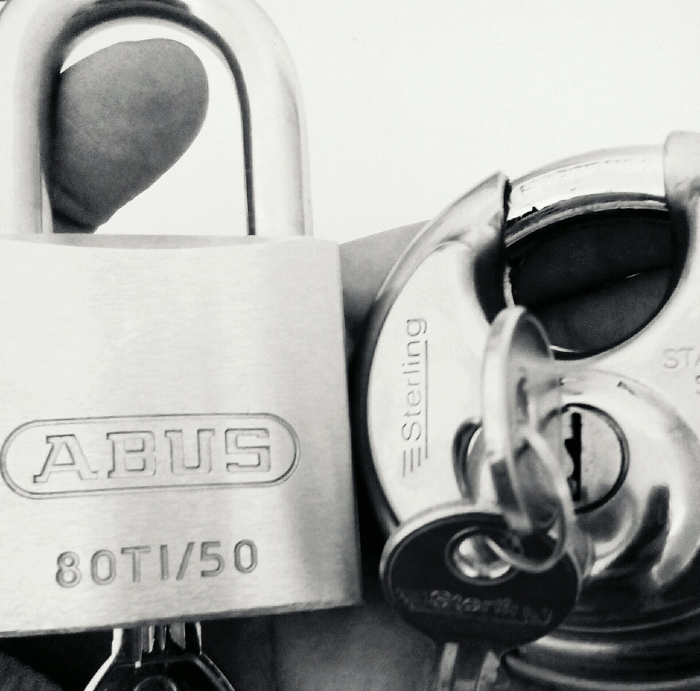 Anyway, back to the luggage. I tried to pick it but to no avail. Clearly it was ‘stuck’. Looking into the lock, it looks like the ‘shoulder’ part had become partly broken. One half of the shoulder was recessed into the lock. On closer inspection of the internals indicate that the pin tumblers and/or upper pins themselves were coming loose. So, there was no hope in successfully getting this picked.

What next? Well, it’s time to gut out the lock! I managed to get the shoulder loose enough to take it out. Once out, the core came tumbling out. Pin tumblers and the spring all came loose. And from there, at the back of the internal core, you can then push up the spring to finally unlock the padlock. 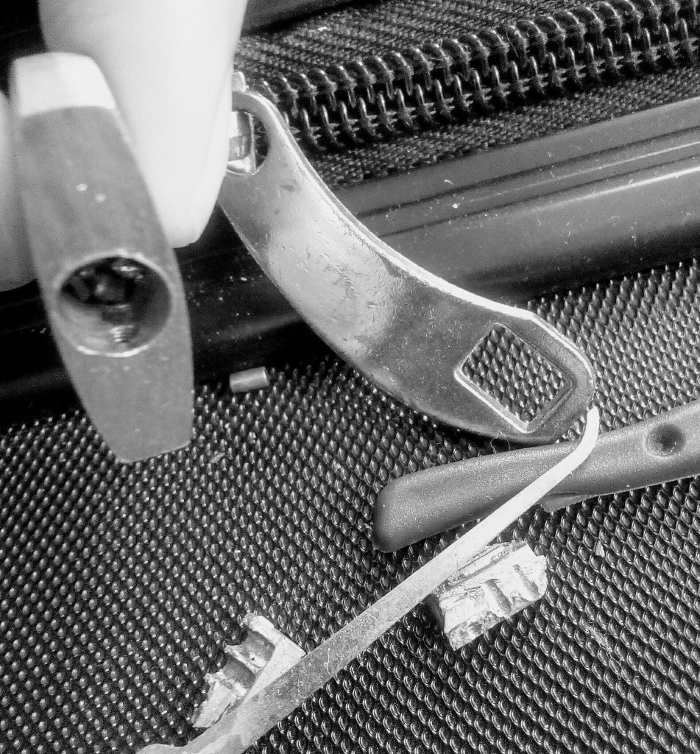