RIPE77 is my first large event after FOSDEM, and is probably the first meeting of its kind that I have attended.

This is going to be a long entry, with a mix of personal in it and is more like a diary entry. I was at RIPE77 as myself, as I was in between contract roles from when I first registered to when I attended. 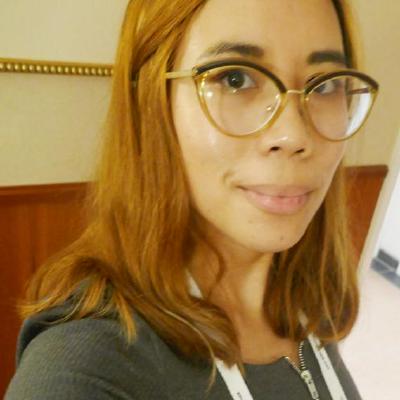 I woke up at 5am and, intending to leave very early at 6am, decided against it because it was too dark. I only had a few hours sleep though, in anticipating, I must have woken up at odd intervals like 3am, 4am and so on. The walk to the metro station was very dark and quiet, even at 6.30am. Then I was greeted with the familiar pings of the metro. The train ride was very long and uneventful, it was packed. I arrived with enough time, boarded, then away I went to Amsterdam. I was wearing dark jeans, a black turtleneck.

The trains from Amsterdam Airport Schiphol were apparently ‘small’ which annoyed some people. I accidentally took a long route which went to Centraal Station, then I had to leave and catch the metro to Bijlmer Arena and I realized that there was another train that I could have gone. Oh well. I managed to take a small peek of Centraal area while I made my way to the hotel to drop off my things.

I proceeded to make my way to the Okura hotel, which was apparently an expensive, and 5 star hotel. I took the metro to Amstel station, and then a bus (although later on, I found that I could take a tram which was better). The bus dropped me off at some walk to the hotel, which was a nice way of getting to know my surroundings.

Of course, I tentatively walked to the hotel. I am always like this, trying to gauge what the attendees are like. I see people wearing dark, wearing jeans and t-shirts and I know straight away who they are.

I reached the hotel, up the stairs. I arrived just in time for the lunch buffet and the scene ahead of me was expected - guys in jeans/shirts, business shirts, some women. I picked up my badge, it had my old company name, and I later had it corrected which was good. I proceeded to scan the buffet lunch and was getting extremely hungry. On the corner of my eye, I spot someone I know from online but didn’t approach her. While I was standing in the corner eating my lunch, she walked past me and I introduced myself. From there we formed a bond together and hanged out at intervals throughout the conference.

After lunch, a bell rang which signaled the beginning of the plenary sessions starting with the opening plenary.

It’s DNS Jim, but not as we know it I was watching Sara Dickinson’s talk last year and her talk this year was highly engaging, with some concepts that I am familiar with. It was a good talk introducing to DNS-over-HTTPS developments, the ‘Moziflare’ project and more.

Withstanding the Infinite: DDoS Defence in the Terabit Era

When the Dike Breaks: Dissecting DNS Defences during DDoS

It is well worth watching the video to the end for the Q and A portion as well! This lightning talk will have a second component to it, as the DE-CIX researcher looks into the next part of this work.

The RIPE 77 welcome reception at the end of the day was at the hotel, I went back to the hotel at the end to try to take a nap and then came back. I had a chance to talk to another new attendee (whom we later talked to at different intervals during the conference).

I was wearing one of my older and bigger clothes (to provide context, I went on a fitness thing and lost a lot of weight, but have not bought a lot of new clothes) which was a bit uncomfortable. I decided to do an impromptu trip to buy some new clothes which was quiet comfortable to wear.

I decided to use morning time to wander around Amsterdam - stopping at Waterlooplein, wandering from there, and making my way to Vondelpark (only a small segment of it) and Museumplein. It was a nice and sunny day with plenty of people about and I did not feel like wasting the morning.

By the time I made by way back, it was nearing the end of lunch and then sat in for the second half of the day.

The sessions of note for me:

Related: Check out the 34c3 video on “Deep Learning Blindspots” that was mentioned.

At the end of the main programme sessions, Tutorial Room 3 held a small gathering featuring presentations from the RIPE RACI programme. This is where talented researchers in the field of Internet technology share their work with the RIPE community as part of the RIPE Academic Cooperation Initiative (RACI). 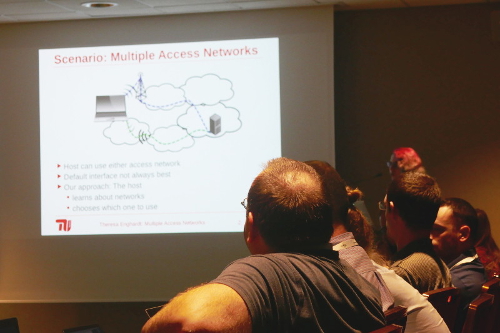 Later in the evening was a networking reception at the Escape nightclub near Rembrandtplein, the place that I have been to earlier that day. I arrived by 9.30pm, there were a few people there. Oracle logos everywhere. Talked to a few new people, then a few people from Berlin showed up whom I know online. I had a very good talk with Katharine Jarmul of KIProtect about all sorts of topics.

This day was the sessions involving the various working groups which took place either in the Main Room or in the Side room. Unfortunately, I had some very bad/intermittent sleep in the past few evenings and used the morning to catch up. I ended up arriving after the first round of sessions and during the coffee break.

The sessions on Wednesday that I went to were the Connect session and the MAT session.

There was RIPE NCC Services meeting which was a good overall meeting to be informed of RIPE NCC services.

I found out from the previous night there was a Cheese Working Group (which, I found out earlier from Mastodon updates of RIPE76) and later on a Whiskey BoF. I bought some cheese, tried to find whiskey (to no avail in Amsterdam) and went back to the hotel in time for the Cheese WG in full swing. The best ones were these reddish-yellow cheese which crumbled and tasted sweet. I think the common denominator that I like was that the age of the cheese. After, I walked a bit to get dinner where I ended up trying Ossenworst which is a smoked raw Amsterdam beef sausage which was very nice with mustard. I made my way back to the hotel in time for the Whiskey BoF and managed to try some whiskeys and cognacs. 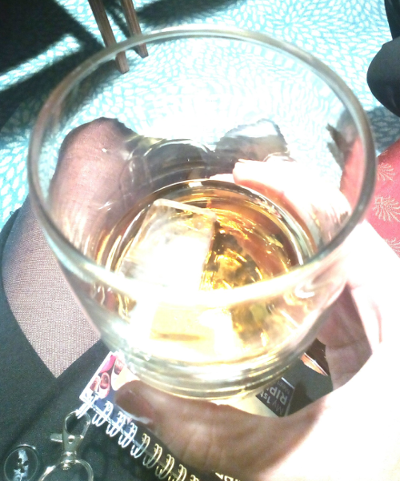 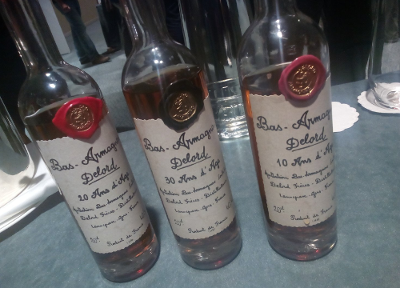 This day was the second day of the Working Group sessions. This was the first full day for me (after finally catching up on some sleep debt, but not enough) and I went to the Routing, IPv6, DNS and Open Source sessions.

The most I have had from this day was certainly the IPv6 session which was delivered in an engaging way, it felt like a two way conversation or debate with the way the agenda was done.

The second one of interest was the Open Source session (working in two open source companies so far, this is of interest to me). 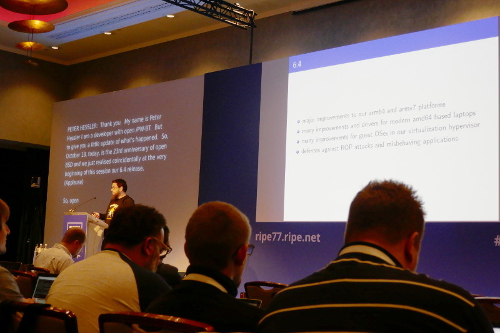 At the end of the day, I was debating with myself if I wanted to go to the dinner. As tickets have sold out already, so literally at 5.50pm before the desk closes, I mustered up the courage to go to the reception and luckily they had a ticket available. No luck to the fact they did not accept cash but I quickly found someone that would pay by card for me.

The final dinner agenda was great and I did not have much opportunities to see Amsterdam and this was a good way to end the trip. It started with a (darkened) canal ride on a boat and finally ending for dinner at a church set to organ music. 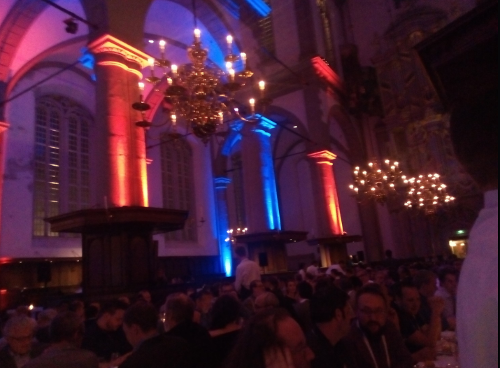 Out of the meetings that I have been to, RIPE77 was definitely the most interesting in terms of the content. I did not feel like I was being marketed to by people using a lot of buzzwords. The size of the meeting was great and enough to meet new people while not feeling overall lost being in a meeting with thousands of attendees.

Final day was great with the addition of the “Special WG”!.

After the lunch, I decided to go to an art gallery which was worth it, before making my way back home to Paris.

Special note and thanks

I want to give a thanks to bodems for kindly deciding to provide a ticket as part of a callout.. Hopefully I will get to say thank you at the next RIPE. Also if any readers are in #35c3 in Leipzig, check out the ACME Labs assembly and the BSD assembly.

Also, a big thanks to the people that I have talked to and met, who made the meeting a more interesting place to be in also.